Fujian Assembly Hall in Hoi An: The ancient grace of 300-year-old architecture

Fujian Assembly Hall is an unmissable historical and cultural relic for tourists visiting Hoi An. The site not only represents the elaborate ancient architecture of the Old Town, but also has great spiritual significance to the local community. 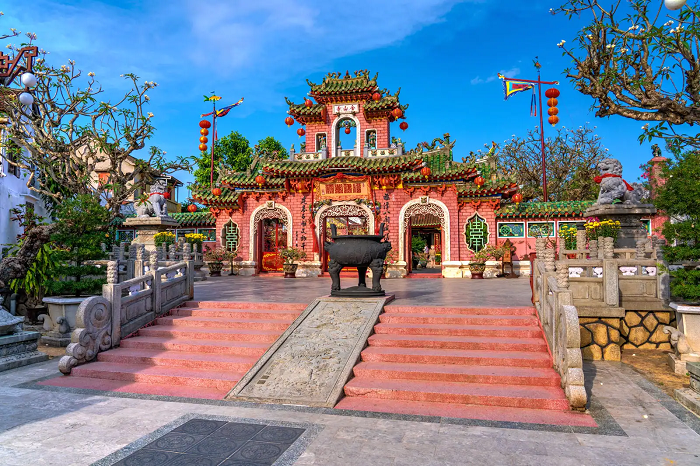 As one of the most delightful cities in Southeast Asia, Hoi An has caught the ever-increasing attention of local and international tourists thanks to its traditional charms; the major highlight being the Ancient Town - a UNESCO World Heritage Site. The Assembly Hall of the Fujian Chinese Congregation is one of five prestigious and most visited assembly halls in the town. Its superb exterior, rich history, and mysterious features will captivate those seeking architectural and cultural points of interest in Hoi An.

1. About Fujian Assembly Hall Hoi An

How to get to the Assembly Hall Of Fujian Chinese Congregation?

The Ancient Town is conveniently located in Hoi An city center. After entering the Ancient Town, you will immediately see the Japanese Covered Bridge (Chua Cau). From the bridge, you can find Tran Phu Town Center (on the right side of Bach Dang street and opposite Nguyen Thi Minh Khai Street), take a 6-minute walk ahead, then you will see Fujian Assembly Hall at 46 Tran Phu Street. Tracing Chinese history back to 1649, the Qing dynasty won a pivotal war against the Ming government. After the Ming Dynasty collapsed, many Fujian families migrated to Southeast Asia, including Vietnam. Lord Nguyen, the ruler of Inner Realm (Central and Southern Vietnam), allowed them to settle in Hoi An and erect Minh Huong Village. There, they established the Fujian Assembly Hall to serve the fellow community – the largest concentration of Chinese was in Hoi An at the time. An untold fact: The building was originally a thatched-roof Buddhist pagoda, called Kim Son, built by Hoi An locals in 1692. After decades, the temple became dilapidated until Fujian merchants purchased it. The temple's optimal location for trading and congregation was a key consideration. Afterward, there was a complete restoration in which the temple was renamed Phuc Kien Assembly Hall and reopened in 1759.

Since then, the hall has been devoted to the worship of their ancestors and a deity called Thien Hau (Heavenly Holy Mother). Thien Hau, known as Mazu or Tian Hou, is a Chinese sea goddess who blesses fishers and sailors with safe ocean travel. 2. Highlights of the Fujian Assembly Hall in Hoi An

Phuc Kien Assembly Hall covers an astonishing 2000 square meters of land. Its architecture represents the iconic design of Fujian artistry and ancient Chinese construction. The hall's structure symbolizes the Han character "三"- "Tam" (which means Three) with three main sections, including the front hall, main hall, and backside in parallel. These sections are arranged in many layers. The three-arched gate, an embodiment of "heaven-earth-human", was erected in 1975 using only brick and tile. While the left and right entrances are always opened, following the “left for men, right for women” concept, the main door is kept closed mostly to ward off misfortune. In front of the gate, there are two stone statues of Chinese guardian lions on the left and right sides, which are supposed to chase away harmful spirits and welcome in luck. The gate is roofed with porcelain tiles and carved with sculptures of holy animals such as dragons, unicorns, turtles, and phoenixes. Above an eye-catching plaque written "福建會館" (Fujian Assembly Hall), there is a dragon's head holding a red ball, symbolizing the sun. The left and right sides have two circles of the moon and sun symbols, which also illustrate "Yin" and "Yang" - the natural harmony in the universe. 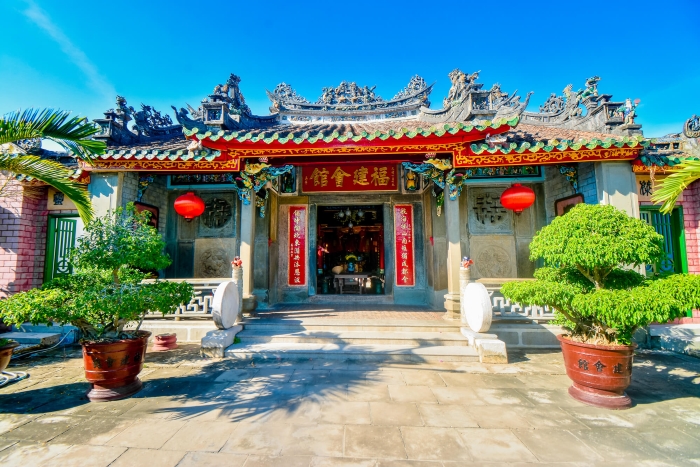 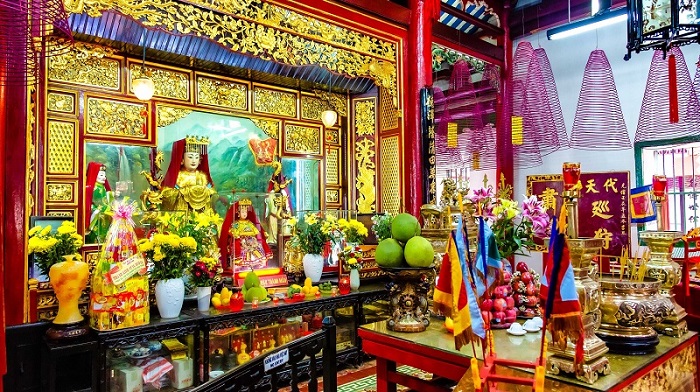 The main shrine of Phuoc Kien Assembly Hall affords visitors a sacred atmosphere. The central altar features the dedicated golden statues of Thien Hau Holy Mother and Avalokitesvara Bodhisattva. On the right of the altar, there are two solemn statues of Thien Hau goddess's assistants, Thien Ly Nhan (Thousand-Mile Eye) and Thuan Phong Nghi (Wind-Following Ear). Thanks to the deities' magical eyes and ears, they accompanied the Goddess of Sea to protect fishers and seafaring traders throughout their ocean trips. The left side of the main hall holds a wooden model of an ancient trader boat in 1875. The two eyes drawn on the boat imply that sailors always have to keep an eye open for disaster or danger on the ocean. As a well-known sacred shrine in Hoi An, Phuc Kien Assembly Hall has welcomed numerous locals and tourists to worship the deities and pray for blessings. The assembly hall also offers a variety of annual religious festivities, allowing attendants to have exotic cultural experiences. The most noteworthy festivals are: To explore more about Vietnamese culture, you should not miss VinWonders Nam Hoi An - an enormous amusement park where you can immerse yourself in dynamic traditional and wildlife discovery. 3. Notes for visitors to the Assembly Hall of Fujian Chinese Congregation

Visitors should follow the etiquette rules of Fukian Assembly Hall Hoi An:

From Phuoc Kien Assembly Hall, you can always walk to nearby historical sites in the Ancient Town of Hoi An, such as the Japanese Covered Bridge (Chua Cau), Tan Ky Old House, Quan Cong Temple, The Museum of Folk Culture, Hoi An market, etc. Also, having accommodations booked in advance will be crucial for your fabulous trip to Phuc Kien Assembly Hall.

If you are looking for a one-stop destination that can enrich your entire stay, Vinpearl Resort & Spa Hoi An - Vinpearl Resort & Golf Nam Hoi An is the ideal accommodation spot for you with two ultimate options. It cannot be denied that Phuc Kien Assembly Hall has contributed to the magnificent appearance of the Ancient Town and the local spiritual significance. The 300-year-old hall  witnessed Fujian history unfold on the traditional heritage lands of Hoi An. Phuc Kien Assembly Hall, therefore, is a remarkable relic in Hoi An for those fascinated by East Asian culture and ancient architecture.

Hopefully, this article will provide helpful information for your visit to the Assembly Hall of the Fujian Chinese Congregation. Are you ready to make your memorable trip to Hoi An, Vietnam? Book vouchers, combos, tours to Hoi An, Nam Hoi An now for the best deals. 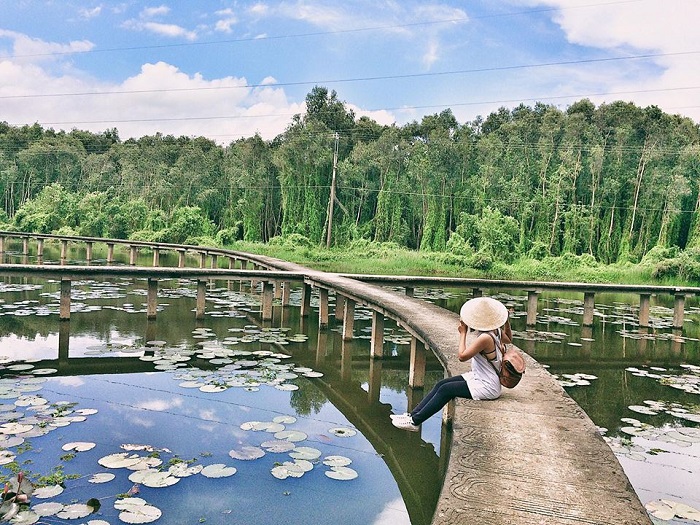 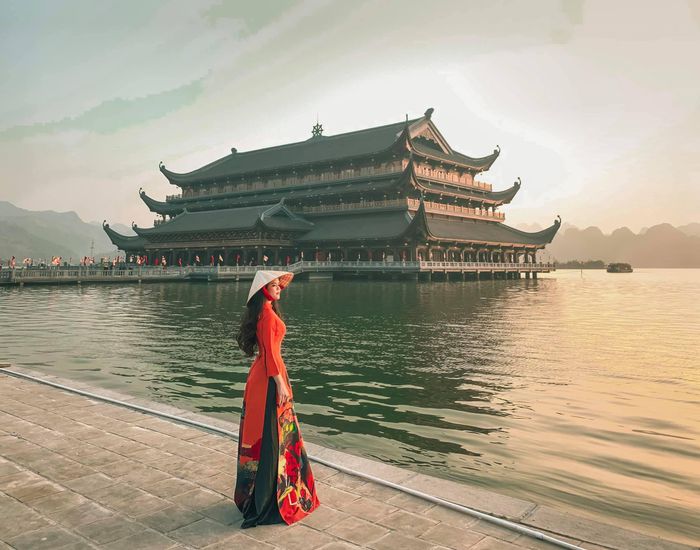 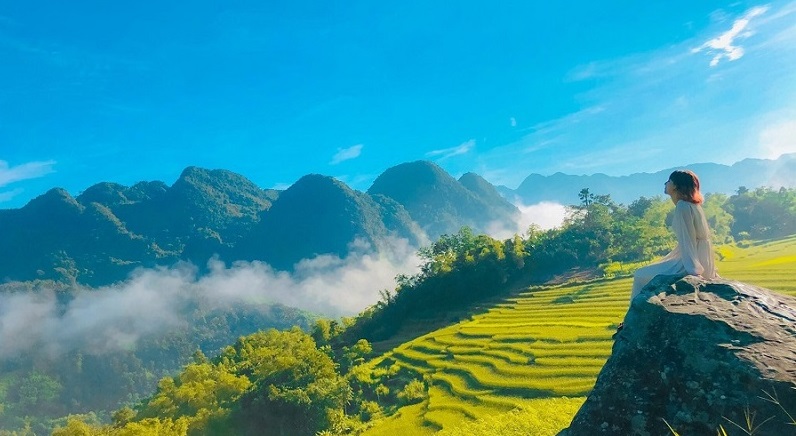 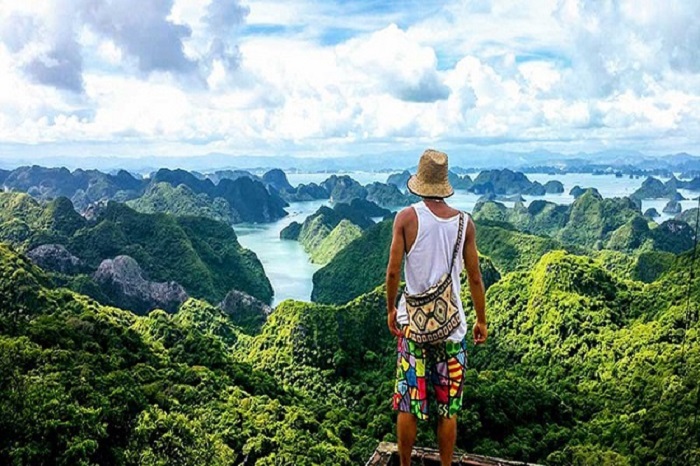