Presidential Palace: A particularly important relic of Vietnam to visit

As part of the Ho Chi Minh complex relic, Presidential Palace Hanoi should be a highlight of your trip to Hanoi capital. Here, you get the chance to learn about Vietnam’s history and the life of President Ho Chi Minh (Uncle Ho), Vietnam’s greatest leader. 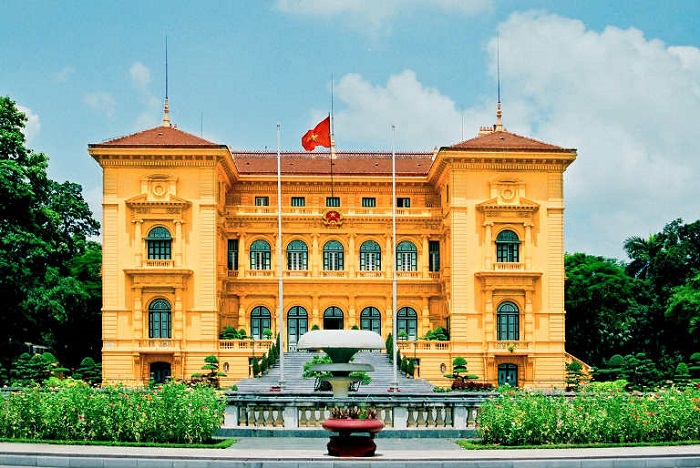 The Presidential Palace, a relic that shows the revolutionary history of Vietnam, should be included in your Hanoi travel itinerary. Featuring typical French colonial architecture, it adds to the charm of today’s Hanoi. Read on to see why this place is a must-visit historical destination in the capital city. 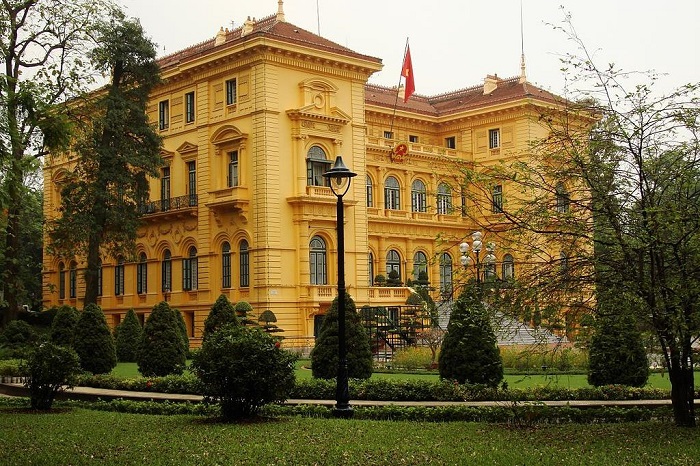 Located in the heart of Hanoi (around 15 minutes away from Hanoi Old Quarter), the Presidential Palace is quite easy to reach by different means of transportation, such as taxi, motorbike, or even on foot. You can also take public buses passing by the area, including buses number 09, 22, 45, and 50.

The Presidential Palace was built between 1900 and 1906 as the presidential area of the Governor-General of French Indochina. It was designed in a European style by a French architect named Auguste Henri Vildieu. Having taken approximately 7 years to be built, this structure was the most luxurious construction at that time. 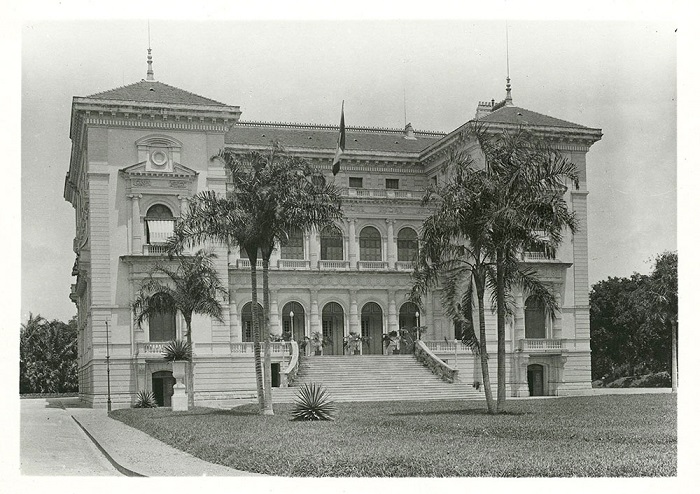 After 1954, it was originally intended to be President Ho Chi Minh's official residence. Yet he refused, feeling that it would be inappropriate to stay in such a large and opulent building while his people were homeless and starving. Instead, he lived nearby in a traditional Vietnamese house-on-stilts surrounded by a garden and a fish pond.

The Presidential Palace is now mainly used for meeting foreign national officials as well as important guests from all over the world coming to Vietnam.

3. The remarkable architecture of the Presidential Palace

The Presidential Palace is a three-storey building facing Hung Vuong Street. It spans an area of nearly 1,300 square meters, with 30 rooms in the building, each designed in a different style.

Standing amidst a large courtyard, the impressive yellow building is separated from the outside streets by iron fences and big gates. It features modern architecture with Renaissance and Beaux Art styles. In particular, it was built symmetrically, with a big block in the center and two blocks on both sides. The first floor has serving rooms. A guest hall, office spaces, and a banquet hall are located on the second floor. On the third floor, there are private rooms where the Governor-general of French Indochina lived before 1954.

The Presidential Palace is surrounded by a lush garden, a fish pond, an orchard, a 91-meter-long boulevard, and the well-known Mango Alley which leads to President Ho's stilt house.

4. What’s more inside the complex of the Presidential Palace historical site?

The wooden stilt house was where President Ho lived and worked from 1958 to 1969. It was roofed with baked clay tiles and made of Menghundor, a common wood in Vietnam. The first floor was used as the living room where the President would receive guests. The second floor, with two rooms of 10 square meters, was where he worked and slept. The house was furnished simply and neatly, reflecting the President's modest way of life. House No. 67, painted in light blue, is located at the back of the wooden house-on-stilts. The President worked here from 1967 to 1969. He also stayed here during his time of serious illness, which was also where he passed away.

Coming here, visitors will see 2 military maps, a ZENITH radio, a small clock near the bed, and a wall calendar that shows the time of the President’s passing: September 2, 1969, at 9:07 am. When President Ho moved into the house-on-stilts in 1958, he decided to turn the natural muddy pond nearby into a fish pond. The pond is over 3,000 square meters large, with a depth of 2 meters. Various fish, such as carp and ruffe, were raised here. It was also home to mussels, which produced pearls in the pond. The President would feed them every afternoon after work. Around the complex is a 200-meter-long walking path called Mango Street, which is lined with old mango trees. President Ho used to do morning exercises and take a walk after work here. The street also witnessed many memorable meetings between the President and representatives from the South during the Second Indochina War in Vietnam. 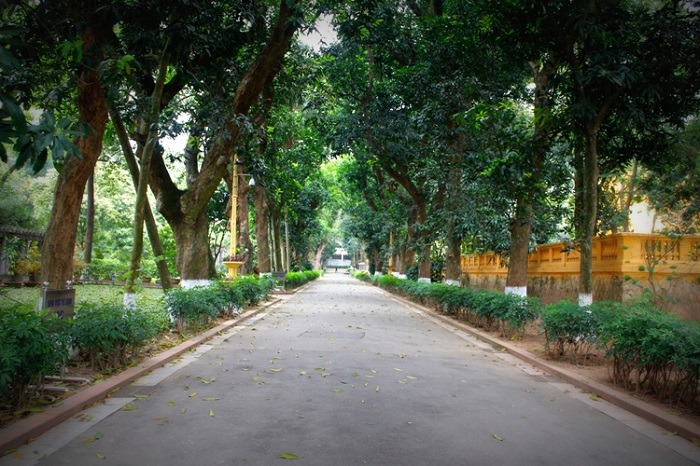 Before moving to the house-on-stilts, President Ho lived and worked at house No. 54, between December 1954 and May 1958.

The house has three rooms: the one near the pond where the President worked and received guests, the dining room in the middle of the house, and the last one where he would sleep.

Coming here, visitors still can see all the furniture, documents, books, and souvenirs from the President’s international friends, all of which have been kept intact as they were when he lived here. Together with the fish pond, this 65,000-square-meter green space makes a tranquil setting. The garden has a diverse ecosystem, in which trees and plants were planted scientifically to become a highlight in the area. They show the friendship between Vietnam and other countries. In your journey to the capital city, in addition to the Presidential Palace, you should also explore other tourist attractions, such as Hoan Kiem Lake, Ho Chi Minh Mausoleum, Hanoi Old Quarter, and Vinpearl Aquarium and VinKE Times City.

Only a short drive away from the city center, Vinpearl Aquarium and VinKE treat travelers with loads of fun. Vinpearl Aquarium is one of the most modern aquarium systems in Vietnam, which opens the door to a colorful underwater world. In a total area of nearly 4,000 square meters, this aquarium contains more than 30,000 different freshwater and saltwater marine specimens. Meanwhile, VinKE is a “play and learn” space for kids, where they can experience their dream careers and learn about their favorite fields. Here, your children can try many job simulation games, such as Fire Department, Traffic Police, Fashion Star, Kid Chef, Auto Repair Workshop, etc.

>>> Book tickets of Vinpearl Aquarium and VinKE today to have an enjoyable trip in Hanoi!

The Presidential Palace, with its distinctive architectural and historical significance, is a must-see attraction on your Vietnam trip. Here, you may find out more about President Ho Chi Minh's simple lifestyle as well as Vietnamese history, culture, and architecture. Hopefully, all the information provided in the article will give you an overview of this place before your interesting journey to the capital city ahead!

>>> Don’t forget to book tickets of Vinpearl Aquarium and VinKE to have lots of fun while in Hanoi!