Hanoi Opera House: A splendid renowned building to add to your travel list

Hanoi Opera House, a distinguished example of French architecture in the capital of Vietnam, has many secrets for you to explore. A Hanoi travel itinerary is one of the concerns for international tourists when they plan to visit Vietnam. Hanoi Opera House, located right in the city center, has splendid architecture and still hosts the most important events of the country. Explore its history and features to prepare for your trip to the capital city of the S-shaped country.

Hanoi Opera House is situated at the Square of August Revolution, Trang Tien Street, Hoan Kiem District in downtown Hanoi. The building is proof of the exchange between Vietnamese and western cultures and arts. It has been the venue for many important cultural shows and also a popular attraction for visitors.

The square in front of the opera house was built in the late 19th century. It was named after the August Revolution to mark the historical milestone in 1945. There are other famed architectural works in the vicinity, such as the National Museum of Vietnamese History, Hilton Hanoi Opera, and Sofitel Legend Metropole Hanoi. 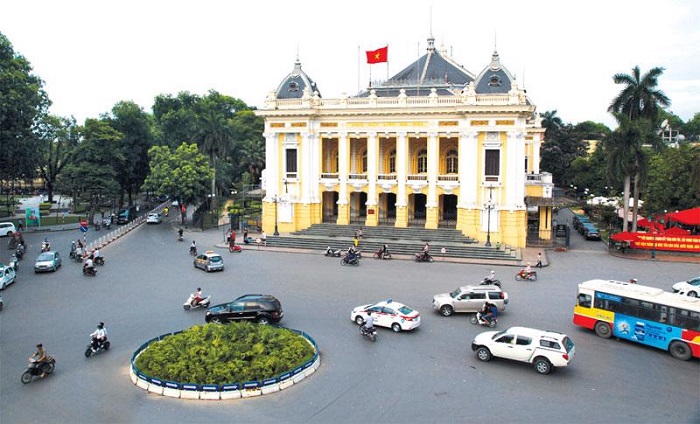 2. Learn about the history of Opera House in Hanoi

After setting foot in Hanoi in 1883, the French authorities had an intention to build a centre for art and culture to serve their demand for arts. Thus, construction of Hanoi Opera House was started in 1901 and completed 10 years later. It was designed by the architects Boyer, V. Harley, and later Francois Lagisquet as a miniature of the Garnier Palace in Paris. Hence, the Opera House in Hanoi has a classical European style, bringing about the most luxurious academic art space in Indochina then.

After the Opera House’s construction, the French organised many ballet shows, concerts, and pantomimes to serve the French people here as well as introduce French culture to Vietnamese people. After 1945, Hanoi Opera House became a meeting place of the Government, the National Assembly and hosted many drama performances. It was used as a venue for Vietnamese artists then.

Today, Hanoi Opera House is one of the largest opera houses in Vietnam, which has been hosting numerous academic art shows and is also a tourist magnet in the city. 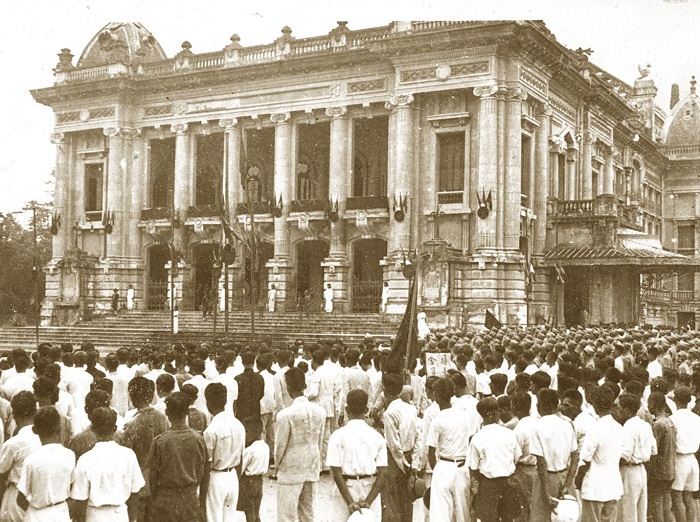 Hanoi Opera House was built to host classical art shows such as chamber music, opera, ballet, and drama. With a total area of some 2,600 square metres, the Opera House has 3 areas including the front hall, mirror chamber, and performance hall. All areas are decorated with French-style classical chandeliers.

The front hall is used to welcome guests, with a T-shaped staircase leading to the second floor. The floor of this area is tiled with stones, while the walls and columns are decorated with luxurious classical patterns.

The mirror chamber is on the second floor, which has hosted many important ceremonies. The floor of this chamber is tiled with stones imported from Italy. Large mirrors are installed between doors and windows, and crystal chandeliers are hung. The performance hall is finely designed with Corinthian columns painted with colourful patterns. High in the middle of the hall, there is a huge crystal chandelier. The hall can host 870 people with three floors of red velvet seats, which is typical of the French classical style in the 19th century. The performance hall is a harmonious combination of sound, light, and colours, offering a perfect art space.

Behind the stage is a room for make-up, a room for costume, a rehearsal room and some rooms for administration and library.

The system of pillars and stone-tiled roof follow Roman Ionic Order. The curved balconies and dome over the main entrance depict Baroque architecture in Italian early 17th century. The roof over two sides along the entrance for cars is typical of Art Nouveau Style. All the details create a strong feeling of an Eclecticism-based Neoclassical construction. 4. Tips for your visit to Hanoi Opera House

Hanoi Opera House opening hours are on Mondays and Fridays. However, it can also be open at other times, depending on the arrangement of the management board.

Each visit can last for 1.5 hours, between 10:30 am and 12 pm, which should be long enough for you to tour around and take photos. 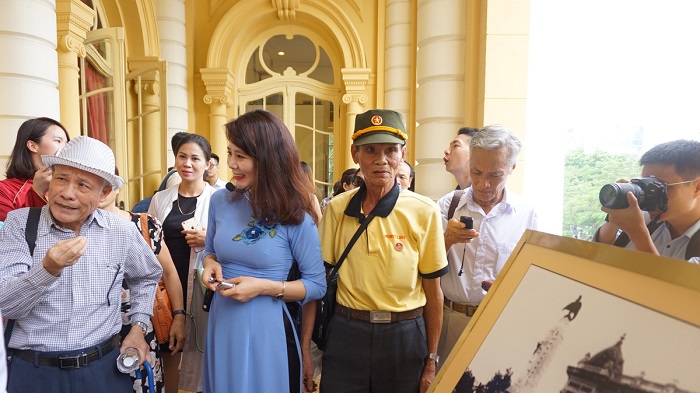 There are two tour packages at the Opera House in Hanoi:

Besides, you can book tickets for art shows at the Opera House, at around VND300,000/pax. 4.3. The best way to travel to the Opera House

There are various bus routes passing by Hanoi Opera House, such as buses number 02, 04, 34, 43, 45, 49, and 86. If you go by car or bike, take Le Thai To Street towards Hang Trong - Hang Khay - Trang Tien streets. You can see the Opera House at the roundabout of the Square of August Revolution. You can also take the double decker bus of Hanoi City Tour, which will offer you a chance to leisurely watch the streets.

In order to explore Hanoi Opera House with ease, note down the following tips: >>> Book tickets of Vinpearl Aquarium and VinKE to better prepare for your Hanoi trip!

Hanoi, the capital of Vietnam, has many mysterious things for tourists to unveil. In particular, Hanoi Opera House, with its French architecture, is a priceless heritage of the city. Besides its function as a cultural venue of Hanoi, the opera house is also a popular destination for tourists. Take the above-mentioned top tips to have a flawless trip here.

>>> Book tickets of Vinpearl Aquarium and VinKE to have even more fun on your Hanoi journey!