Vietnam Military History Museum is a must-visit attraction in Hanoi, especially if you are a history enthusiast. Here, you will have a comprehensive view of Vietnam's victory over French colonists and American imperialists.

Vietnam Military History Museum is home to thousands of exhibits, photographs, maps, and scale models that were used throughout Vietnam’s long resistant history. If you are curious about the great victories of the S-shaped country, do not forget to add this site to your Hanoi travel itinerary to find the secrets behind it.

1. Where is Vietnam Military History Museum? How to get there?

Located in the heart of Hanoi, Vietnam Military History Museum spans an area of 10,000 square meters. It is only a short walk away to other famous attractions, such as the Presidential Palace, Ho Chi Minh Mausoleum, Botanical Gardens, and Uncle Ho's stilt house.

There are many ways to get to the museum, including taxi, motorbike, and public transport. In Hanoi, there are many bus routes passing by the museum, such as buses No. 9A, 18, 32, 41, etc. The bus is considered the most economical means for those who are far from the city center. You can also rent a bike from your hotel or other rental businesses to go around by yourself. Be noted that you should ask for the price and check the vehicle carefully beforehand. Vietnam Military History Museum is open daily to all tourists, except for Mondays and Fridays. Details are as follows:

To have a complete experience at the museum, you should also take notes of the museum’s regulations as below: 3. Things to know about the history of Vietnam Military History Museum

In order to preserve the evidence of the nation’s heroic struggles, at the end of 1954, under the direction of the Vietnam Communist Party, the Ministry of Defense constructed the Military Museum. On December 22, 1959, the museum was officially inaugurated, which was also on the 15th anniversary of the foundation of the Vietnam People's Army. On December 4, 2002, the Prime Minister issued a decision to change its name to Vietnam Military History Museum. It is currently one of the six national museums of Vietnam. 4. What to see in Vietnam Military History Museum Hanoi?

The museum now holds tens of thousands of exhibits, displayed in 3 indoor and 2 outdoor areas, leading tourists through the resistance wars of the Vietnamese people. Visitors normally need 2 hours to completely explore the great collection of weapons used throughout Vietnam’s long history. These artifacts will impress you with the wisdom and patriotism of the Vietnamese army and people that led to the victories of the country, as the weapons used by the invaders were far more advanced.

Vietnam Military History Museum Hanoi includes 3 buildings, each with 2 floors that are filled with numerous war artifacts and documents. Highlights of the indoor areas include: Located at the foot of Hanoi Flag Tower, the outdoor area contains airplanes, tanks, artillery, landmines, and other artifacts. A highlight of this area is the remnants of aircraft shot down by the Vietnamese army, notably the tail of the American F-111A that crashed directly into the ground. The outdoor display also includes different types of bombs used by the US as well as Vietnamese artillery guns that shot down American B-52 heavy bombers. Here, you can also find cannons of the Nguyen Dynasty, which were made in the 19th century and discovered in the area around Thang Long Citadel in 2003. During your journey in Hanoi, in addition to Vietnam Military History Museum, you should also visit other tourist attractions, such as Hoan Kiem Lake, Ho Chi Minh Mausoleum, Hanoi Old Quarter, Presidential Palace, and especially VinKE & Vinpearl Aquarium Times City - a wonderful entertainment spot for your family and loved ones.

At Vinpearl Aquarium, one of the biggest aquariums in Vietnam, you have a chance to explore the colorful marine life of more than 30,000 different sea specimens. Meanwhile at VinKE, your family can have relaxing moments together while your kids are getting valuable vocational guidance through many job simulation games.

>>> Remember to book tickets of Vinpearl Aquarium and VinKE for exciting experiences in Hanoi!

Besides Hanoi, Vietnam has many other alluring destinations to explore, such as Phu Quoc, Nha Trang, Hoi An, Da Nang, etc. For each destination that you intend to go to, you should plan in advance regarding where to stay in order to have the best experience.

As a top-rated lodging brand with high-class services in Vietnam, the hotel and resort system of Vinpearl will definitely meet your every need. Here, you can enjoy luxurious rooms along with all sorts of amenities, such as outdoor swimming pools, children's playgrounds, babysitting services, restaurants, bars, gyms, etc. Vinpearl is present in most famous tourist destinations in the S-shaped country. 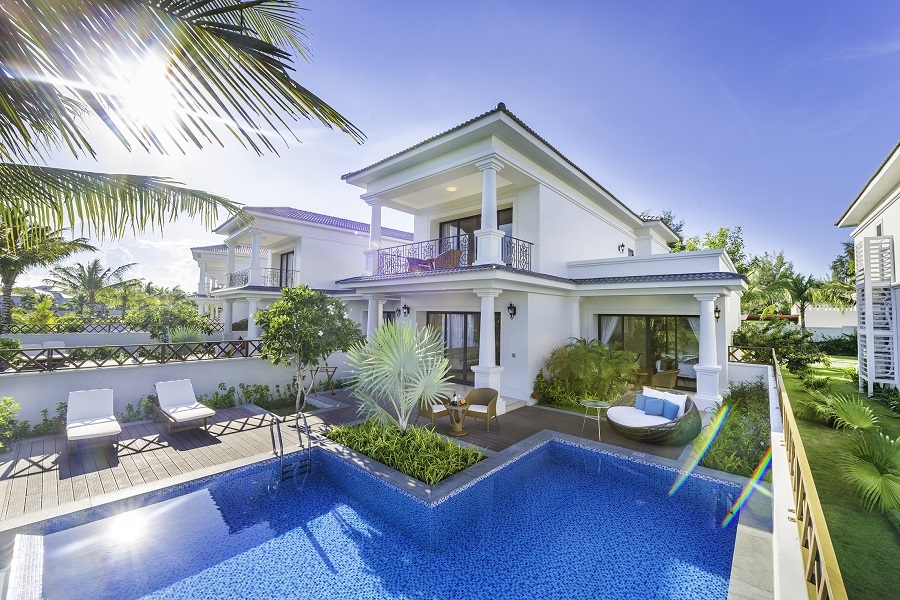 >>> Book rooms in Vinpearl Da Nang, Nha Trang, Hoi An, Phu Quoc to get the ultimate comfort during your Vietnam trip!

Vietnam Military History Museum is one of the most visited tourist attractions in Hanoi that you should not miss out on. Here, you can learn more about Vietnamese history through precious documents and an extensive collection of weaponry that was used throughout Vietnam’s long history. This fascinating site will promisingly be well worth your time.

>>> Book tickets of Vinpearl Aquarium and VinKE to have lots of fun with your family and friends!