Saigon War Remnants Museum - Explore the heroic past of Vietnam

War Remnants Museum Ho Chi Minh City, one of the most famous history museums in Vietnam, will transform and challenge your history knowledge about the Vietnam War. The War Remnants Museum has been the most visited museum for many years in Ho Chi Minh City. To learn about the Vietnam War - a war of great political significance in modern world history - many visitors, especially those from the West, have traveled to the museum to find out about how Vietnam could win a resounding victory over the US and the aftermath.

The War Remnants Museum is located on the corner of Vo Van Tan and Le Quy Don streets, close to the city center and other tourist attractions of Saigon. It takes 5 minutes to walk from the Independence Palace and about 10 minutes from Notre Dame Cathedral or Saigon Central Post Office. The easiest way to reach the museum is by taxi, which is available in all touristy areas. The trip will cost under VND 50,000 (about $2) from District 1.

Getting a car or motorbike ride via the Grab and Uber apps is also a great option.

The museum opens daily and year-round, even on Vietnamese holidays. + For children under 6: Free

The War Remnants Museum is one of the oldest museums in Saigon. It was first opened to the public in 1975, established to show the real and brutal truth about the Vietnam War. Since then, the museum has undergone several changes and renovations in the process of normalizing relations between Vietnam and the United States. 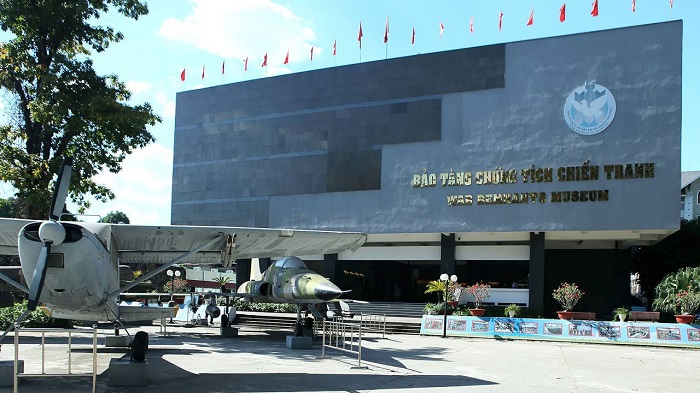 For many years, the War Remnants Museum has been one of the most visited attractions in Ho Chi Minh City and the whole country. Through 45 years of establishment and development (1975 - 2020), it has welcomed more than 23 million visitors, including more than 11 million foreigners. Currently, the museum receives over 1 million visits each year.

The War Remnants Museum has outdoor exhibitions and a main 3-storey exhibition building with a total floor area of 4,522 square meters. The museum currently holds 20,000 documents, artifacts, and films.

The museum has partially exposed the brutal truth about the Vietnam War and its long-lasting traumatic consequences. Some materials can be disturbing, which is why you should carefully consider when bringing your children to visit. As you pass through the front gate of the War Remnants Museum Saigon, you will see various heavy weapons used by the US Army, such as US Air Force helicopters, aircraft, and armored tanks on display in the courtyard. In addition, there are many types of weapons such as missiles, bombs, and mines that used to be active and had their detonators disarmed before being displayed here. At the back, you will find a small pathway leading to the Tiger Cages, replicas of the real Tiger Cages used in the prison in Con Dao. Tiger Cages are barbed-wire cages used as a tool of torture, where the South Vietnamese government secretly detained and tortured political prisoners in Con Dao. This area displays only a small portion of the original exhibition, with a tiger cage on cobblestones, statues of malnourished prisoners inside two darkened cells, torture devices, a guillotine, and numerous black and white photos of the time.

4.2. Ground floor exhibition - Learn how the world supports Vietnam in the war

They make and sell their crafts such as keychains, lamps, and sculptures, and sometimes perform with musical instruments here. Not only is this a place where you can learn about the constant pain of the people in the Vietnam War, but it is also a place where you can make small contributions to help these people have a better life.

Behind, there is an area that often holds temporary exhibitions related to the history and culture of Vietnam. Although the themes will change from time to time, they mainly cover stories in the Vietnam War.

Across the room, next to the stairs, you can see an exhibition titled "The world supports Vietnam in the resistance war", which has 100 photos and 145 artifacts showing how people around the world supported the Vietnamese in the resistance war against the US and protested against the Vietnam War. The museum also displays a number of remnants that American soldiers gave to the museum to express their regret for participating in the senseless war in Vietnam. While some argue that the theme of the museum is subjective and one-sided from the Vietnamese point of view, this exhibition shows and emphasizes the attitudes and views of people around the world at that time. In the first room, you will see the devastation that toxic chemicals brought to Vietnamese lands and people. During the War, especially in the years 1961-1971, the US sprayed more than 100 million liters of toxic chemicals, including 386 kilograms of Dioxin. As a result, most of Vietnamese lands were contaminated; nearly 4.8 million Vietnamese people of that time and their subsequent generations were directly affected and at risk of severe disability. The effects of the toxic chemicals persist even to this day. 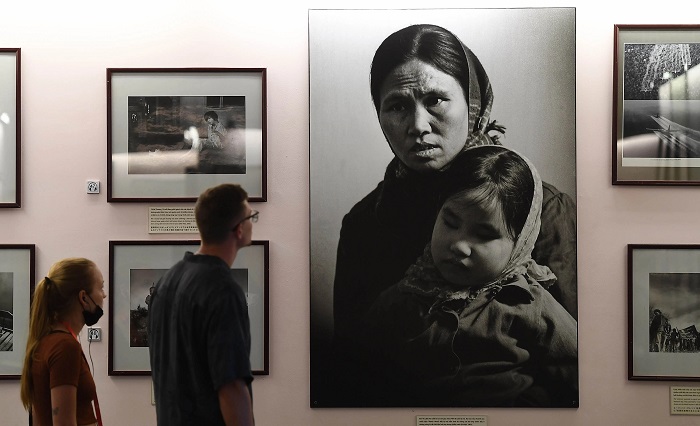 Besides the photos, there is a heartbreaking exhibition that can make you quite disturbed and haunted for a long time - the Thorxo Abdermine Pagus. On display here is solid evidence of the war crimes against the elderly, adults, children and infants of Vietnam.

On the other hand, the "Aggressive war crimes" exhibition includes 125 photos, 22 documents, and 243 remnants showing the war crimes and their extreme impacts on the country and people of Vietnam. The war ended with an estimated 3 million dead, 2 million injured, 200,000 missing, and heavy damage to facilities across the country.

4.4. Have a look at the Vietnam War in the second floor exhibition

On the top floor of the War Museum Saigon, visitors will have an overview of the Second Indochina War in exhibitions such as "Vietnam War and Peace" and "Historical Truth". Here, the photos of forests ravaged by toxic chemicals, weapons and many other remnants can make many people shocked and moved to tears, for they could hardly imagine such devastating consequences even though they have heard about the war. 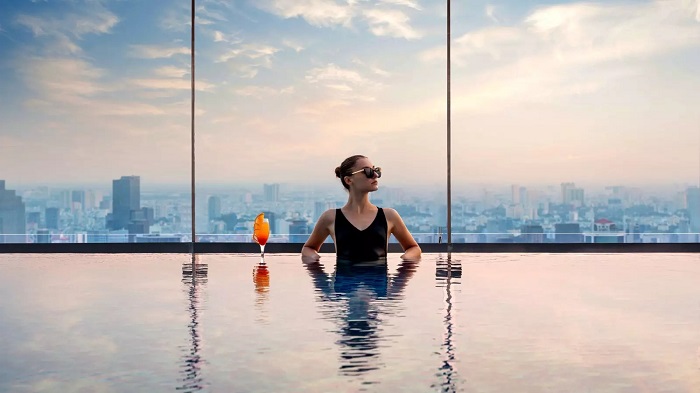 With 223 stylish rooms and suites, 6 restaurants and bars, a 5-star Akoya Spa and an impressive 120-square-meter infinity pool, Vinpearl Landmark 81, Autograph Collection is an ideal sanctuary for guests who wish to relax, indulge and discover Ho Chi Minh City from a unique viewpoint.

>>> Book rooms at Vinpearl Landmark 81, Autograph Collection to get to the War Museum Saigon with ease!

Above is the necessary information for anyone who will be paying a visit to the historical War Remnants Museum. If you are fond of history, this attraction will surely be a worthy destination in your marvelous trip to Vietnam. Get your backpack ready and make sure not to miss out on this memorable place!